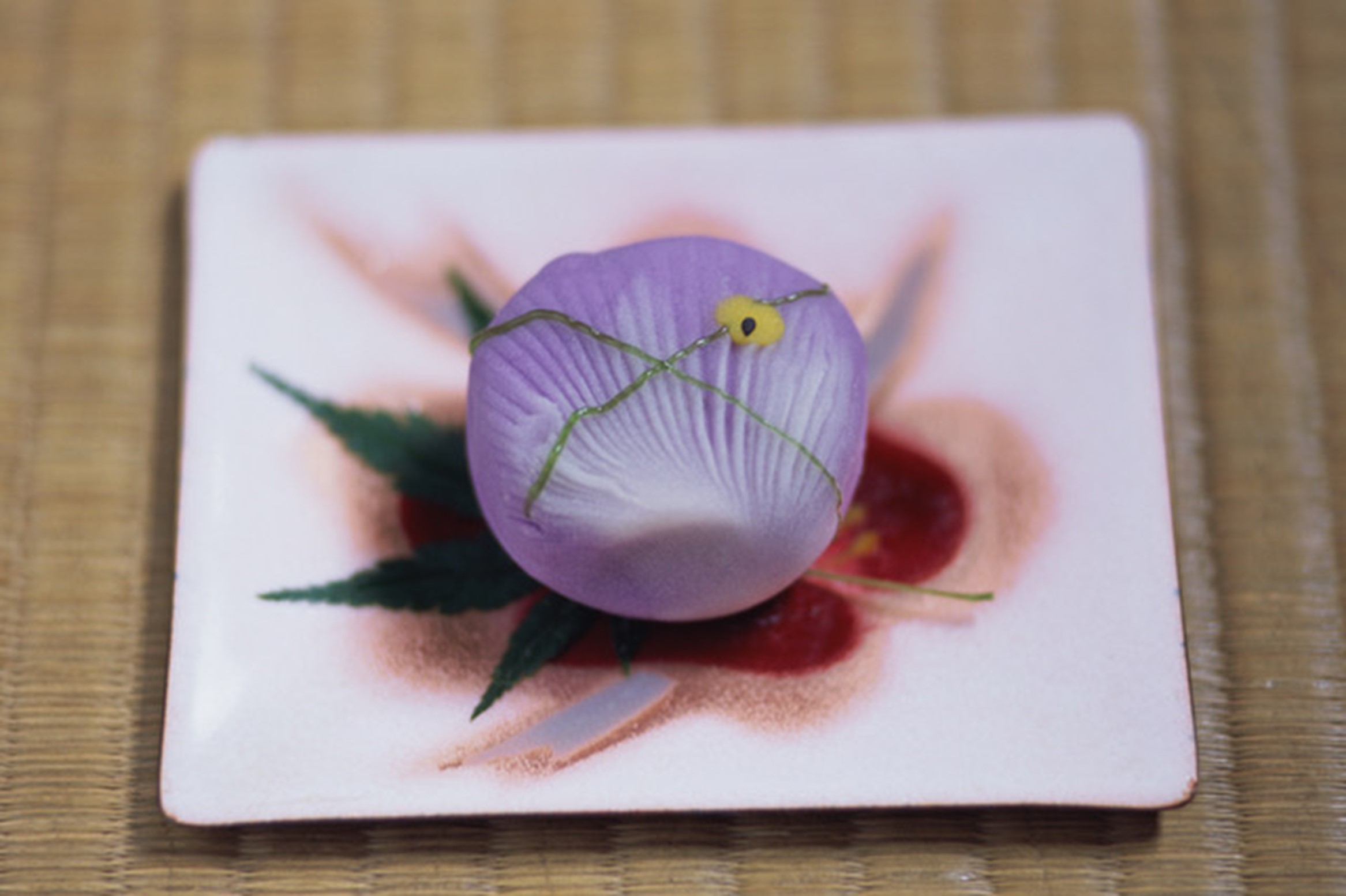 To call them ‘sweets’ is rather misleading, for wagashi Japan’s traditional sweet confections are certainly more than just candies. Designed to accompany and complement the naturally bitter taste of green tea, wagashi are often beautiful and intricate in their design, as befits the aesthetics of the tea ceremony for which they were created. O-cha Japanese green tea and wagashi are inseparable.

Wagashi come in a huge range of shapes and sizes, some are seasonal, some available all year round. Certain varieties are identified with a particular region of Japan, while others are eaten and produced nationwide. The former Imperial capital of Kyoto is wagashi central, but wherever there’s tea – and in Japan that’s everywhere – you’ll find these sweet delicacies. 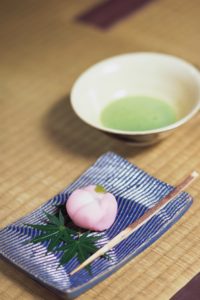 Namagashi, literally ‘raw sweets’ are made from mochigome glutinous rice flour and azuki beans, and are the wagashi of choice for the tea ceremony. They are designed so as to reflect the season in which they are served. The entire range of wagashi is too vast to list here, but favorites include: manju, yokan, ohagi, chimaki, dorayaki, daifuku, kushi-dango, taiyaki, kashiwa-mochi, zenzai and oshiruko (wagashi ‘soups’) and the dried form known as hi-gashi, such as senbei, kompeito and okoshi.

The manufacturers of traditional sweets, known as wagashiya, often have a history dating back centuries, but many are suggesting new ways to enjoy the ancient delicacies. Ginza’s Mannendo, for example, recommend trying their signature Edo-period wagashi ‘Omedetou’ with a good cup of coffee.